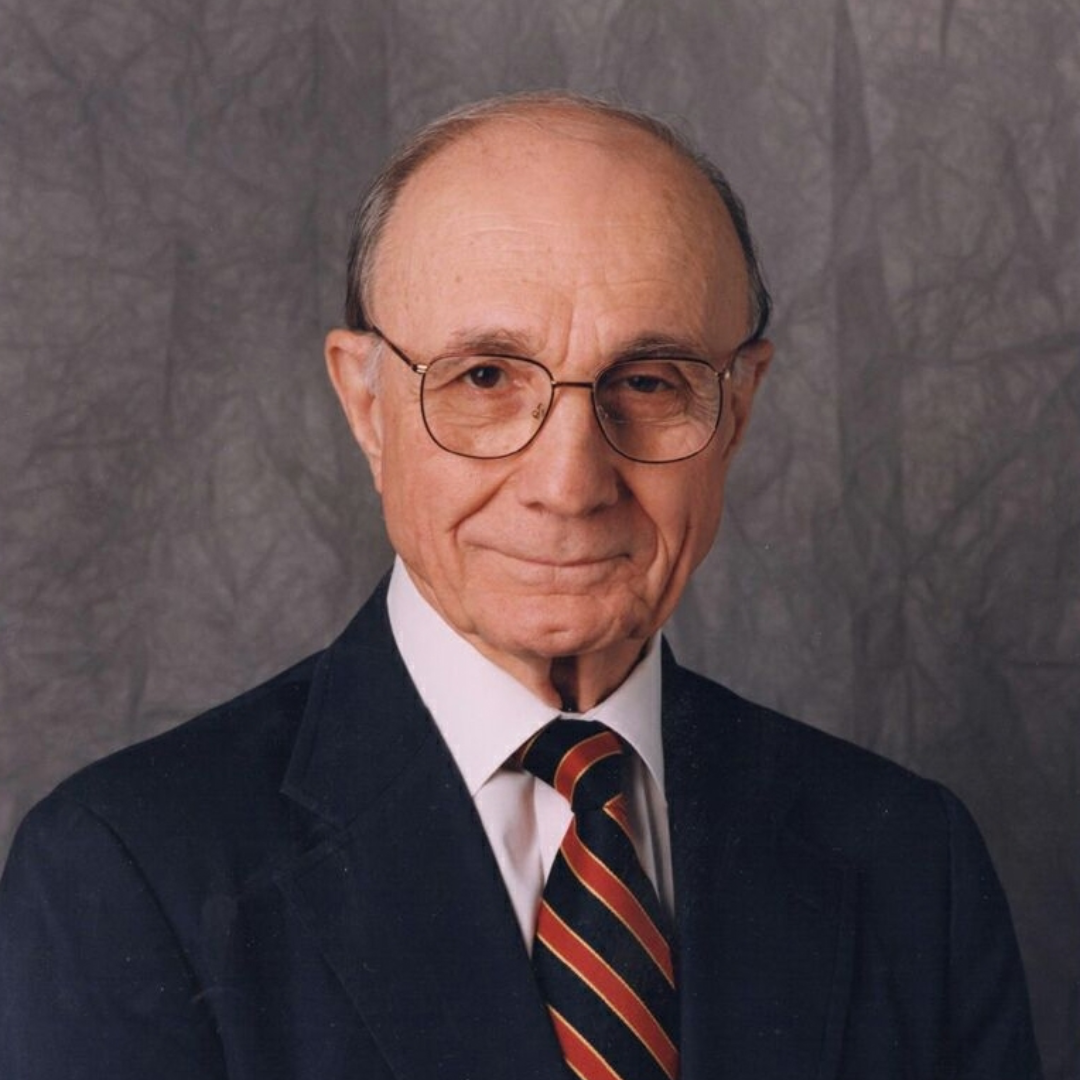 He received his BS degree from St. John's University and his MD from New York University. He served residencies in medicine at Bellevue, Goldwater Memorial, and Homer Folks Tuberculosis Hospitals, following which he was a research fellow in renal medicine and physiology at New York University. During Dr. Pellegrino's more than 65 years in medicine and university administration, he served as departmental chairman, dean, vice chancellor, and president.

Dr. Pellegrino was the author of over 600 published items in medical science, philosophy, and ethics and a member of numerous editorial boards. He is the author or co-author of twenty-three books, and the founding editor of the Journal of Medicine and Philosophy. He served as a fellow with The Center for Bioethics & Human Dignity and later as a distinguished fellow with the Center's Academy of Fellows.

Dr. Pellegrino was a Master of the American College of Physicians, Fellow of the American Association for the Advancement of Science, member of the Institute of Medicine of the National Academy of Sciences, and recipient of 52 honorary degrees in addition to other honors and awards including the Benjamin Rush Award from the American Medical Association, the Abraham Flexner Award of the Association of American Medical Colleges, the Laetare Award of the University of Notre Dame, and the Beecher Award for Life Achievement in Bioethics from The Hastings Center.

Dr. Pellegrino's research interests included the history and philosophy of medicine, moral philosophy and the virtue tradition, professional ethics, and the physician-patient relationship.

Prior to serving as a Distinguished Fellow in CBHD's Academy of Fellows, Dr. Pellegrino served as a member of the Center's original fellows program from its founding in the late 1990s until the launch of the Academy of Fellows in 2010. He was a frequent plenary speaker for our annual summer conference: The Scandal of Bioethics: Reclaiming Christian Influence in Technology, Science & Medicine (2011); Healthcare and the Common Good (2008); Neuroethics: The New Frontier (2006); Conflict and Conscience in Healthcare (2004); Remaking Humanity through Biotechnology? (2003); Bioethics at the Bedside (2002); The Changing Face of Healthcare (1997); The Christian Stake in Dignity and Dying (1995).

In 2011, the Center honored Dr. Pellegrino in gratitude for the many years of friendship with CBHD through the installation of the Edmund D. Pellegrino Special Collection in Medical Ethics and Philosophy as part of the Center's Research Library holdings.

No items found.
Biotechnology, Human Enhancement, and the Ends of Medicine
Dignitas Article