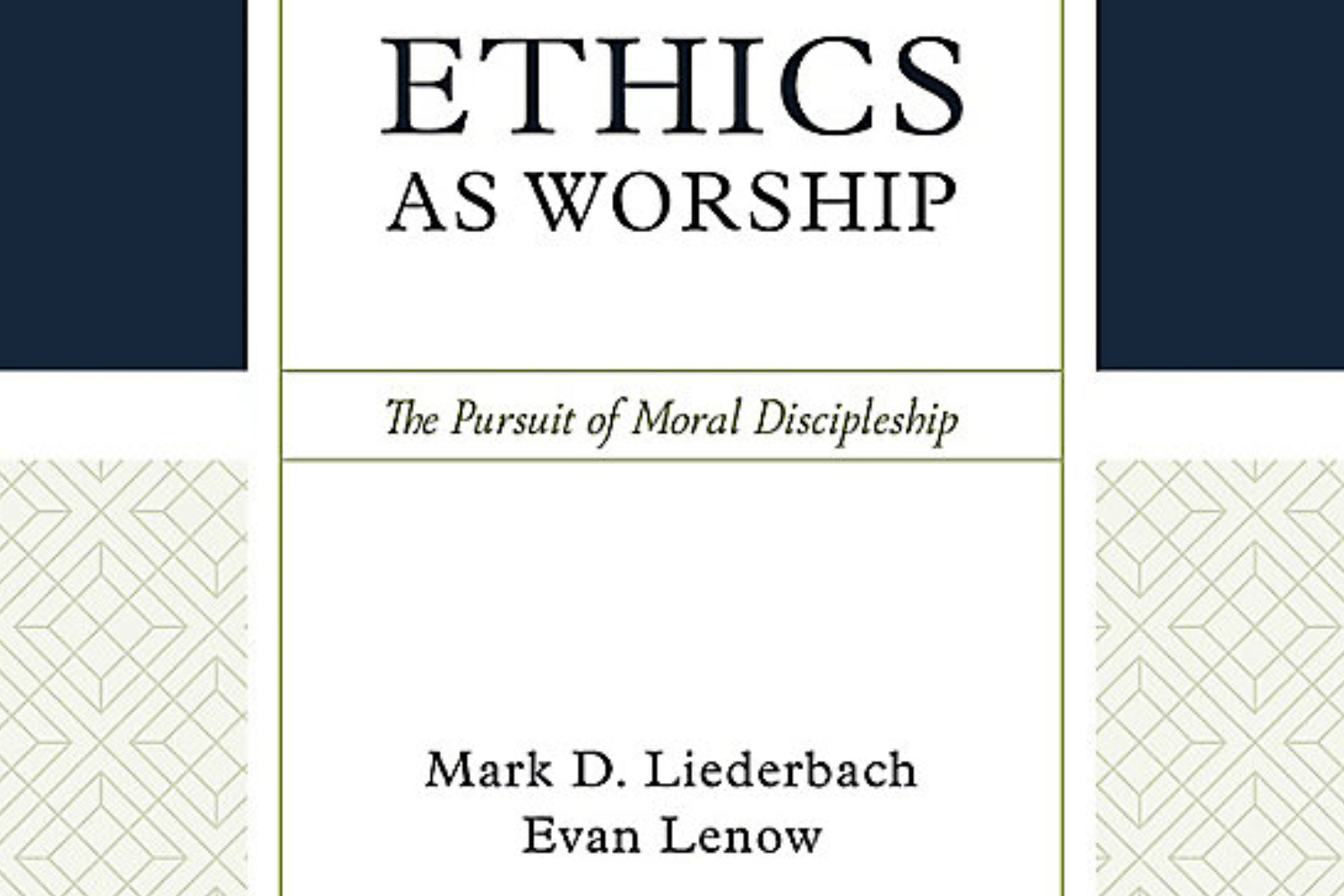 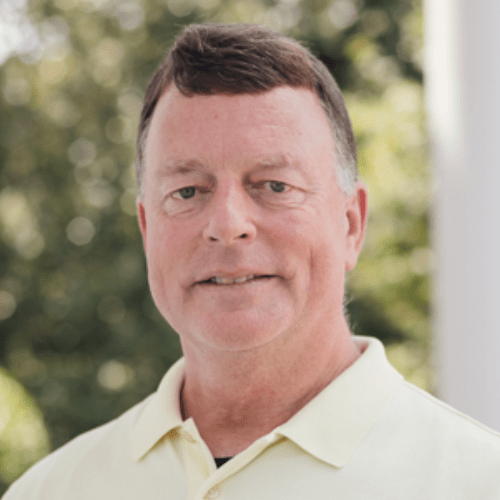 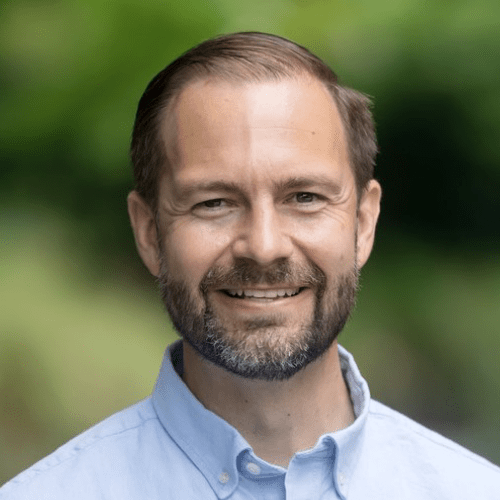 The following material is adapted from Liederbach and Lenow’s book, Ethics as Worship (P & R, 2021)

What comes to mind at the mention of the word ethics? The most common answers we, the authors, receive to this question involve some aspect of right versus wrong or good versus evil. More religiously minded people will sometimes respond with references to the Ten Commandments or other moral codes derived from sacred texts. While such responses are not necessarily wrong, we believe ethics is much more than abiding by a list of rules in order to choose right over wrong or good over evil. We believe ethics is an expression of worship to the God who created us.

When modern Christians hear the word “worship,” all too often thoughts turn almost exclusively to a consideration of the singing that takes place during Sunday morning church services. While certainly this can be an aspect of what it means to worship, the Bible gives us a much richer and more comprehensive picture. Linguistically speaking, the biblical words most often translated into English as “worship” carry with them the connotations of bowing down or prostrating oneself before God in humility as well as our rendering service to him.[1] Building on this idea of bowing down and rendering service to God, the New Testament helps us to see that a fully orbed understanding of worship goes well beyond mere rote religious behavior. Instead, this worship the Lord desires of us is meant to flow from a deep-seated love for him (Mark 12:29–31) that has implications for every aspect of life (1 Cor 10:31; Col 3:17) and is manifested in obedience to him (John 14:15). This is what Jesus is looking for, worship that is done in “Spirit and Truth” (John 4:23–34).

This understanding of worship, then, has significant implications for the study of ethics and morality.[2] For example, some may believe that morality is invented by an individual or community.[3] From this point of view, the study of ethics is really just a study of preferences, and morality is relative to one’s own perspective or the prevailing whims of any given society. The embrace of self-determinism, the commitment to moral autonomy, and an underlying sense of life’s meaninglessness lead to an ethic that is often nothing more than an ode to personal expression. Tragically, this viewpoint, what we have termed the morality is invented perspective, is all too often further fueled by a cultural push that abandons common sense and demands absolute “tolerance” of any lifestyle except, of course, those lifestyles that claim there is something called absolute good and evil or right and wrong.

On the other hand, while others hold an underlying belief system tying ethics to a more lasting foundation, too often that foundation is underdeveloped. As a result, the connections between morality, God, and his commands are weak. Thus, while they do not believe that morality is merely invented, they often perceive—rather tepidly—that morality is proclaimed. At first blush, this may not seem like such a bad perspective. At least this perspective begins with respect for the Bible and God’s revelation. The problem, rather, relates to an improper view of the God who does the proclaiming. It involves the tendency to relegate the instructions given by God to a domain of systematic legalism and thereby miss both the nature of God and the goodness of his divinely given commands. Those who hold to the viewpoint also normally misunderstand the deeper purposes of morality, its connection to God’s character, the manner in which he created humans to flourish through abiding in the Word, and the deeply ingrained purpose of worship written into the very fabric of the universe.

The unfortunate reality is that these erroneous perceptions inevitably result in the belief that the discipline of ethics is primarily concerned with keeping the rules of a divine taskmaster who functions like an authoritarian school principal. The resulting moral code becomes little more than an attempt to obey the rules as best we can and hope God either grades on a curve or overlooks our inadequacies. Ethics, then, becomes little more than a rigid structure of behaviorism and a guilt-inducing accountability system enforced by a divine judge eager to show us where we have gone wrong.

Ultimately, morality should be understood as a discovery of the Father, Son, and Holy Spirit and the accompanying wonder of what it means to be a human created in his image, according to his purposes and for the experience of his inexhaustible love and the exploration of his infinite nature forever into the future.

The study of ethics, then, is not primarily about choices, acts, results, or even obeying the commands of Scripture (though we believe doing so is crucial). Ethics is about God. It is about maximally adoring him and rendering to him all that he is due from all that he has made. And it is about us doing so both individually and corporately. In so doing, we walk in wisdom following the will of the Lord (Eph 5:15–17) in both love and obedience (John 14:15, 21).

It follows that the primary purpose of a rightly framed ethical system must be to direct us in the why’s, what’s, and how’s of rendering unto God all the praise and honor he is due. A rightly framed ethical system must be concerned that we worship maximally in every moment, by every choice and act, from every square inch of his created order, and ideally with every person who ever lives. Not only must it be concerned with our actions, it must press us to become the kind of people whose character is so shaped to be like Jesus Christ’s that we do these things reflexively, constantly, obediently, lovingly, joyfully, and missionally. This is the heart of Christian ethics.

From the perspective of ethics as worship, we must be concerned about both character and actions, virtues and commands. Rather than taking the approach to ethics that we simply follow a set of rules, ethics as worship recognizes the significance of progressive sanctification conforming us to the character of and nature of Jesus Christ and acting in loving obedience to him as we pursue the good works that God has prepared for us (Eph 2:10). In our pursuit of Christlikeness, we submit ourselves to the commands of the Lord, not simply for the sake of following them, but because obedience to those commands help to shape us into true worshipers.

Simply put, we must live worshipfully because we are continuously being shaped into true worshipers. For only such an effort would be worthy of an eternal and infinite God. Studying ethics is the joyful discovery of what it means to live a life of worship. Because of this reality, the study of ethics is not for the philosopher, theologian, or ethicist alone, but it is an important part of the life of every follower of Christ.

[2] Throughout this essay, we use the terms ethics and morality interchangeably. Despite our usage here, we do recognize that there is a distinction between the two terms and also significant overlap. According to David W. Jones, “ethics emphasizes an entire belief system and gives a general perspective; morality emphasizes individual acts and gives specific principles.” Thus, ethics goes deeper to discover and develop a foundational, systematic, and applied understanding of the nature of morality. See David W. Jones, An Introduction to Biblical Ethics (Nashville, TN: B&H Academic, 2013), 5–6.

[3] The approach to Christian ethics found in Joseph Fletcher’s Situation Ethics: The New Morality opened the door to a Christian form of moral relativism whereby the individual or group determines what is the most loving action to take. Such actions can change on the basis of the context or the individuals involved. See Joseph Fletcher, Situation Ethics: The New Morality (Louisville, KY: Westminster John Knox, 1966). Fletcher’s influence continues today, as well as the postmodern thought of Ludwig Wittgenstein and George Lindbeck, who promote a relativistic approach to ethics. Perhaps the most notable change is seen in the transition to a communitarian approach to ethics by the late theologian and ethicist Stanley Grenz in his work Beyond Foundationalism: Shaping Theology in a Postmodern Context (Louisville, KY: Westminster John Knox, 2001).