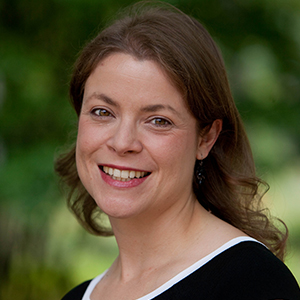 Michelle Kirtley, PhD, is a Bioethics and Public Policy Associate for The Center for Bioethics & Human Dignity. Prior to joining the Center's team, Michelle worked for six years on Capitol Hill for Congressman Dave Weldon, MD (R-FL) and Congressman John Fleming, MD (R-LA), serving as a science and health policy advisor. During her tenure with Congressman Weldon, she was responsible for overseeing the Congressman’s legislative efforts in biotechnology policy, including legislation to ban human cloning, ban fetus farming, and limit the scope of human gene patents. During the healthcare reform debates of 2009-2010, Michelle advised Congressman Fleming on his legislative and communications strategy, drafting alternative healthcare reform proposals, speeches, opinion editorials, and constituent communications.

Michelle completed her doctorate in cell biology at the Massachusetts Institute of Technology (2004) and her undergraduate degree in molecular biology from Princeton University (1996). Michelle also serves as a Trustee for the Center for Public Justice, a Washington-based faith and public policy organization and has written numerous articles in bioethics policy, health policy and politics for their weekly newsletter Capital Commentary, where she serves as associate editor.