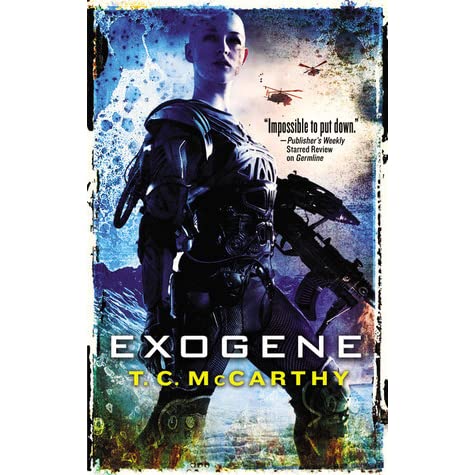 Exogene (n.): factor or agent (as a disease-producing organism) from outside the organism or system. Also: classified Russian program to merge proto-humanoids with powered armor systems (slang).

Catherine is a soldier. Fast, strong, lethal, she is the ultimate in military technology. She's a monster in the body of an eighteen year old girl. Bred by scientists, grown in vats, indoctrinated by the government, she and her sisters will win this war, no matter the cost.

And the costs are high. Their life span is short; as they age they become unstable and they undergo a process called the spoiling. On their eighteenth birthday they are discharged. Lined up and shot like cattle.

But the truth is, Catherine and her sisters may not be strictly human, but they're not animals. They can twist their genomes and indoctrinate them to follow the principles of Faith and Death, but they can't shut off the part of them that wants more than war. Catherine may have only known death, but she dreams of life and she will get it at any cost. (Google Books Summary)