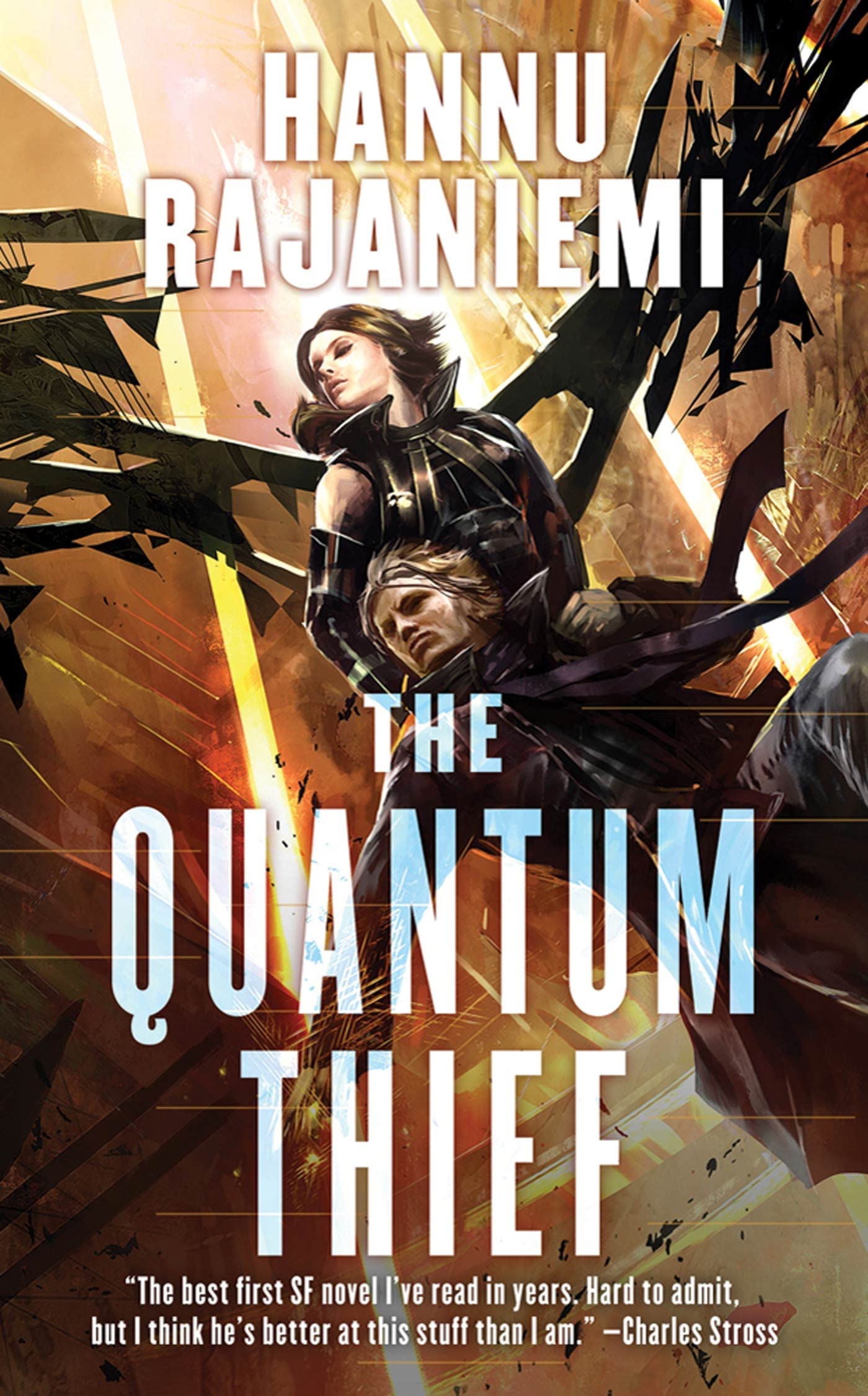 Jean le Flambeur is a post-human criminal, mind burglar, confidence artist, and trickster. His origins are shrouded in mystery, but his exploits are known throughout the Heterarchy- from breaking into the vast Zeusbrains of the Inner System to stealing rare Earth antiques from the aristocrats of Mars. Now he's confined inside the Dilemma Prison, where every day he has to get up and kill himself before his other self can kill him.

Rescued by the mysterious Mieli and her flirtatious spacecraft, Jean is taken to the Oubliette, the Moving City of Mars, where time is currency, memories are treasures, and a moon-turnedsingularity lights the night. What Mieli offers is the chance to win back his freedom and the powers of his old self-in exchange for finishing the one heist he never quite managed.

As Jean undertakes a series of capers on behalf of Mieli and her mysterious masters, elsewhere in the Oubliette investigator Isidore Beautrelet is called in to investigate the murder of a chocolatier, and finds himself on the trail of an arch-criminal, a man named le Flambeur....

The Quantum Thief is a crazy joyride through the solar system several centuries hence, a world of marching cities, ubiquitous public-key encryption, people communicating by sharing memories, and a race of hyper-advanced humans who originated as MMORPG guild members. But for all its wonders, it is also a story powered by very human motives of betrayal, revenge, and jealousy. It is a stunning debut. (Google Books Summary)