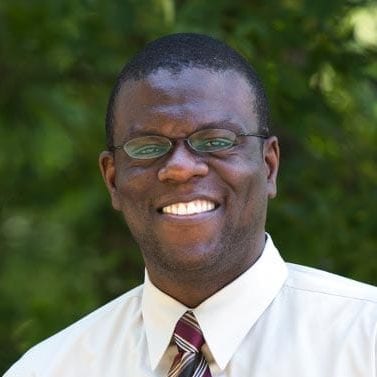 Sex, without babies? Behold the origin of our conundrums in reproductive ethics! Our culture developed the technology to separate the sexual act from procreation, classically with the extramarital use of the Pill (in the sexual revolution), and thus was unleashed a host of problems that have plagued us ever since. So the argument goes.[1] We would have no reproductive ethical dilemmas had we kept together the sexual act and procreation. This argument for preserving the natural integrity of the sexual act is shocking to modern liberated ears (traditional Roman Catholic teaching is much less beholden to reproductive technologies). This is not the place however to referee such controversies, but perhaps we can reflect briefly on the relationship between ontology and bioethics.

What do I mean? Let us first make the observation that when it comes to reproductive ethics, Protestant ethics has typically dropped the ball. That is to say, Protestants are often all over the map on the familiar issues. Some use the Pill, some do not. Some are in favor of IVF, some are not. Some would frown on the very idea of surrogate motherhood, others embrace it. What is interesting is the lack of an overall theological consistency, and the point could be magnified by looking at other non-reproductive ethical questions. Conservative Protestants, including evangelicals, who care deeply about Scripture, are often unaware of the natural law tradition, in part due to an ignorance of the broader Christian tradition. This can sometimes lead to a functionally “nominalistic” approach to Scripture. On this view, moral realism has its only ontological ground in explicit divine commands in the Bible, rendering it more difficult or even arbitrary to perceive the distinct moral contours of modern technologies and their attendant habits. Other Protestants are nervous about ‘natural law’ talk, anxious about the concessions it makes to Roman Catholic moral theology. There are some legitimate reasons for the anxiety, but it can sometimes be misplaced. It is certainly misplaced when it leaves us unwittingly with ontologically thin approaches to ethical reality.

In a recent book, Stephen Grabill argues forcefully that early Reformed theological ethics was fully committed to the natural law tradition inherited from medieval Christianity.[2] And yet most modern Reformed theologians reject natural law thinking. Grabill gives three main reasons for that irony. First, they have misunderstood John Calvin’s relationship to the medieval tradition and to later Post-Reformation orthodoxy. They also wrongly associate natural law exclusively with Roman Catholic moral theology. And thirdly, they wrongly adopt a divine command theory with no elbow room for natural law considerations. At the root of all this misunderstanding, Grabill thinks, is Karl Barth who, in his famous debate with Emil Brunner, fatefully argued against all forms of natural theology and natural law.

J. Daryl Charles is an ally in Grabill’s project of retrieval.[3] He too is worried about the ways in which conservative Protestants, including evangelicals, have lost the capacity for talking about moral “first things.” They often lack a moral discourse about ethical norms grounded in the very orders of creation. His case studies relate to some of the difficult issues in modern ethics and bioethics. Charles leans heavily on Catholic sources (especially John Paul II and Thomas Aquinas) as he makes his case for retrieving natural law. Both authors, however, argue that Protestant theological ethics must retrieve natural law modes of thought if it wants to engage ethically and effectively in our modern world.

Some will not find these two monographs convincing in every detail, and others will want to debate the cogency of different strands of their arguments.[4] Since both authors have specifically Reformed ethics in their rear view mirror, some further points along those lines are worth observing. The divine command ethic in the Reformed tradition is surely right that natural law, since it is descriptive of the created order, is grounded in God’s command (and yes, God’s command is—could it be otherwise?—consistent with his unchanging, loving, and faithful character).[5] And though it is not the only ethical perspective with this insight, divine command theory is also right about the importance of the Scripture principle; God has spoken infallibly in the Scriptures and, in light of the noetic effects of sin, the Word of God trumps any other contradictory access to truth. Furthermore, reconciliation with God, i.e. salvation, is only available through Jesus Christ as supernaturally mediated to us through the Gospel. Natural law is not salvific. With those observations in place, one can happily agree with Grabill and Charles that, historically, Reformed theological ethics affirmed the natural law tradition. One benefit of recognizing natural law (or with Lutherans, the ‘orders of creation’) is that it recovers a much more robust, ontological, moral realism. We live in a morally freighted world, and it is possible to go with or against the grain of God’s moral order, to our own weal or woe.

In sum, the natural law tradition helpfully reminds us that special revelation is, and must be, connected to general revelation. Some questions remain for those within the Reformed tradition; more clarity is needed, perhaps, on the relationship between Reformed ethics and the natural law tradition, not least with regards to the precise connection between natural law and the more familiar Reformed doctrine of common grace.[6] We know from Scripture that this world in its present form is passing away (1 Cor 7:31), and therefore natural law would seem to be necessarily limited (in proportion to the discontinuity between this world and the one to come). And yet natural law is part of the same moral order that Scripture takes part in, and speaks to, with God’s authority. Properly defined, natural law and biblical revelation are ontologically connected by divine design and that should inform our moral and ethical lives. Bioethics then is not just an intriguing sideshow, a sometimes curious footnote to our otherwise routine lives. The integrity of God’s moral order is fundamentally at stake. Many of us may need to be awakened to that reality, and then pray to God for wisdom and courage to pursue the common good with fresh, even holy zeal.

[4] The literature on natural law is vast. One good place to start, especially on the differences between Roman Catholics and Protestants, is Michael Cromartie, ed., A Preserving Grace: Protestants, Catholics, and Natural Law (Eerdmans, 1997).

[5] For a nuanced defense of divine command morality in Reformed ethics, see Richard Mouw, The God Who Commands: A Study in Divine Command Ethics (University of Notre Dame Press, 1990).