Plagues, Parables, and Pundits: A Lesson from Church History (Part 2) 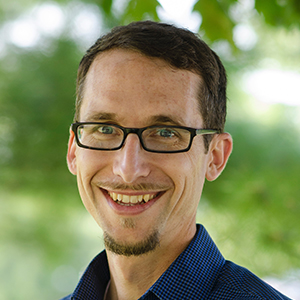 Eusebius describes the response of Christians to plague and persecution thus:

The most of our brethren were unsparing in their exceeding love and brotherly kindness. They held fast to each other and visited the sick fearlessly, and ministered to them continually, serving them in Christ. And they died with them most joyfully, taking the affliction of others, and drawing the sickness from their neighbors to themselves and willingly receiving their pains. And many who cared for the sick and gave strength to others died themselves having transferred to themselves their death.

And they took the bodies of the saints in their open hands and in their bosoms, and closed their eyes and their mouths; and they bore them away on their shoulders and laid them out; and they clung to them and embraced them; and they prepared them suitably with washings and garments. And after a little they received like treatment themselves, for the survivors were continually following those who had gone before them.[1]

In a previous post, I explored how Christians responded with compassion and sacrificial love, caring for abandoned dying and burying the abandoned dead. And this despite their being blamed for the plague itself. In short, these Christians played the part of the faithful neighbor who went and did “likewise” (Luke 10:37).

The story of the Cyprian plague challenges my perspective of our own healthcare conversation. Too frequently Christians in the West engage questions about medicine and healthcare from within our particular political binary—conservative or liberal. Our pundits endlessly debate the questions, “Who should have access to medical care?” “How should they get it?” And, most of all, “Who should pay for it?”

Might Christians have more to say than our polarized political discourse allows? Our ancient brothers and sisters would answer with a strong, “Yes!”

The ancients did not have a scientific understanding of such plagues, but they were not dummies. They knew that extending care to or handling corpses of those who had succumbed to the plague frequently led to contraction of the plague. Our ancient brothers and sisters’ political discourse debated a response to such plagues.[2] What is a city, village, or family to do when large percentages of the population succumb to such a plague? Scientific and medical knowledge such that it was, the common response was to abandon the dead and dying in order to avoid contagion.

But these Christians reframed the discourse with a different question, a question asked by Jesus some 300 years earlier: “Which of these three do you think was a neighbor to the man?” Jesus asked a law-teacher this question as a conclusion to a (hypothetical?) story of the Samaritan who, at much personal expense, stopped to help the man-left-for-dead (Luke 10:25–37). And, in case the law-teacher missed the not-so-subtle implication, Jesus sends him on his way with a simple command: “Go and do likewise” (v. 37).

Our public discourse requires only opinion, but Jesus demands action. Our public discourse requires only talking heads, but Jesus expects busy hands and feet. The abstraction of our discourse leaves too much space on the other side of the road where we can pass by—blind to whomever is left for dead. But Jesus’ narrow road of “go and do likewise” squeezes passers-by close to the sufferer. Jesus’ road leaves no space for pretending not to see, no space for cost-avoidance strategies, no space for talking heads without walking feet.

"Our public discourse requires only opinion, but Jesus demands action. "

Gary Ferngren connects the Alexandrian Christian’s response to the Cyprian plague with the formation of a group who were entrusted with the care of the sick. They were known as “‘reckless ones,’ so called from the courage with which they risked their lives in aiding the sick.”[3]

I find inspiration from these stories of brothers and sisters who heard Jesus’ question and heeded his command. They did not consider personal cost but answered by throwing themselves into the plague. They welcomed any who had been abandoned by their family with Jesus’ neighbor-love. They offered this love to brother and persecutor without distinction. They understood the high risk involved. But still they recklessly abandoned their own lives in answer to the question, “Who was the neighbor?”

In spending their lives so recklessly, these brothers and sisters remind me that Jesus’ question is a political one—but one with an answer that subverts the passivity of policy debate and demands the same active, selfless love that cost our King his life.

"A Christian’s most profound political statement is in going and doing likewise."

And so I wonder, how might our churches care for and celebrate those among us who are medical professionals? How might we frame their work as Kingdom work from our pulpits? How might our pastors and youth ministers inspire the next generation of Christians to enter the medical fields as servants like Christ? How might the rest of us take up the call to recklessly love the lonely in nursing homes or abandoned children? And how might our generous impulses be expressed through financial care for those in need?

After all, a Christian’s most profound political statement is in going and doing likewise by drawing near and offering care. It is in extending neighbor-love with reckless abandon that we undo the powers that would prefer the easier path of abandoning those in need.

[1] Eusebius who is quoting a letter by Dionysius in The Church History of Eusebius, ed. Philip Schaff, trans. Arthur Cushman McGiffert, in vol. 1 of The Nicene and Post-Nicene Fathers, Series 2 (Grand Rapids: Eerdmans, 1886), 7.22. Available online at  https://www.ccel.org/ccel/schaff/npnf201.iii.xii.xxiii.html (accessed December 1, 2016).

[2] Gary B. Ferngren discusses the perspectives in the Greco-Roman world at length in a previous chapter, “The Basis of Christian Medical Philanthropy” (Medicine and Health Care in Early Christianity [Baltimore: Johns Hopkins University Press, 2009], 86–112).

[3] Ferngren, 120. They were known as the parabalani. Ferngren notes that if the etymology can be traced thus, then “it furnishes an argument in favor of their having originated in a time of plague, during which they risked extraordinary exposure to contagion.”